A Compact Disc (also known as a CD) is an optical disc used to store digital data, originally developed for storing digital audio. The CD has been available on the market since October 1982, and remains the standard physical medium for sale of commercial audio recordings to the present day. The technology was later adapted and expanded to include data storage CD-ROM, and this was followed by write-once audio and data storage CD-R and rewritable media CD-RW. Other variants were developed including: Video Compact Discs (VCD), Photo CD, and Enhanced CD.

CD-ROMs and CD-Rs are widely used technologies in the computer industry, and were instrumental in the amazing sales growth of personal computers worldwide. The CD and its subsequent viarants have been extremely successful: and by 2007; worldwide sales had exceeded 200 billion units.

Physical size of the standard format is 12cm, although again there are variants that followed such as Mini (8cm) and shaped (credit card size) business cards.

A Quick History of the Compact Disc:

The CD was unveiled to the world in March 1979, and the first compact disc was produced in a factory in Germany after years of development by Philips and Sony.
The compact disc project was launched following Philips' failure with its video disc technology in 1978. The video disc was one of the first commercial products to take advantage of laser technology that could read information from a disc without any physical contact. Research into the video disc began as far back as 1969.

In 1970 Philips began work on what was called the ALP (audio long play) - an audio disc system to rival vinyl records, but using laser technology.

Lou Otters, technical director of the audio division at Philips, was the first to suggest that the ALP be made smaller than the dominant vinyl format and should aim for one hour of music, and shortly after Sony and Philips announce their joint venture to fully develop the smaller format. They initially had the idea of quadraphonic sound but a disc with one hour of music would be 20cm in diameter and so this plan was abandoned.

By 1977 Philips had began to take the development of a new audio format more seriously, and many names were discussed and considered included Mini Rack, MiniDisc, and Compact Rack. They of course settled on Compact Disc because it was felt it would remind people of the success of the Compact Cassette.

In March 1979 Philips held a press conference in Eindhoven Germany to show off the high audio quality of its CD system. (The Philips first CD player cost more than £1,000 in today's money)

Philips travelled to Japan to convene a conference to discuss how the industry could create a standard for the audio disc, and left having agreed a deal with Sony.
Philips’ R & D contributed (EFM), which offers both a long playing time and a high resilience against disc defects such as scratches and fingerprints, while Sony contributed the error-correction method, CIRC. This was a partnership made in heaven both companies. According to Philips, the Compact Disc was thus "invented collectively by a large group of people working as a team.

Unfortunately, Philips' plan for a CD with a 11.5cm diameter had to be altered when Sony insisted that the disc must hold all of Beethoven's 9th Symphony. Therefore the CD size was increased to 12cm diameter to accommodate the extra data.

In 1980 Philips and Sony produced their Red Book, laying down all the standards for compact discs, and from then on they worked separately on the design of the CD payers to be launched.

In April 1982 Philips presented a production CD player for the first time, and the first CDs were pressed in Hanover, Germany by PDO-the Polydor Pressing Operations plant, and the first titles were Abba’s “The Visitors” and a recording of Herbert von Karajan conducting “The Alpine Symphony by Richard Strauss”.

Initially US record labels very unconvinced about the CD, but a year later there were 1,000 different titles available on the market.

In 1985 Dire Straits' “Brothers in Arms” became the first CD to sell more than one million copies. It is still the world's most successful CD album. The first major artist to have his entire catalogue converted to CD was David Bowie, whose 15 studio albums were made available by RCA in February 1985, along with 4 Greatest Hits albums. In 1988, 400 million CDs were manufactured by 50 pressing plants around the world. With the launch the MP3 in the 2000, the sales of CDs have dropped in seven out of the last eight years. In 2008, CD sales dropped 20%.

The CD-ROM
The CD was originally thought to be the successor of the audio gramophone record, rather than primarily as a data storage medium. In June 1985, the CD-ROM (read-only memory) and, in 1990, CD-Recordable were introduced, both developed by both Sony and Philips.

A The polycarbonate disc layer has the CD encoded and are stored
as a series of tiny indentations known as “pits”.
B. A thin layer of aluminium is applied to the surface to make it reflective
back to the laser.
C. A lacquer layer is used to prevent oxidation
D. Artwork is screen or litho printed on the top of the disc.
E. A laser beam reads the polycarbonate disc, is reflected back,
and is read by the player.

The optical laser reads the data through the bottom of the polycarbonate layer from the centre outward. The change in height between pits and lands results in a difference in intensity in the light reflected. By measuring the intensity change with a photodiode, the data can be read from the disc.

CDs are susceptible to damage from both daily use and environmental exposure. Pits are much closer to the label side of a disc, so that defects and dirt on the clear side can be out of focus during playback. Consequently, CDs suffer more scratch damage on the label side whereas scratches on the clear side can be repaired by refilling them with similar refractive plastic, or by careful polishing. 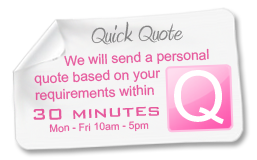 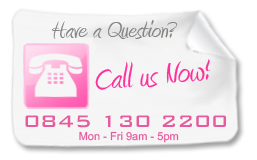 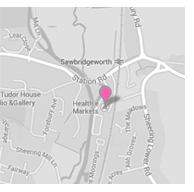